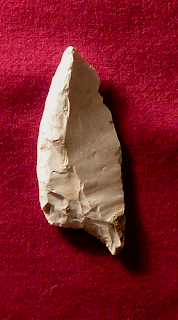 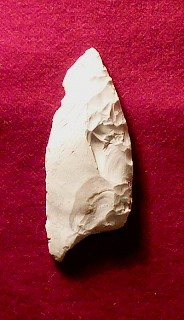 It's probably an isolated later flint rather than evidence of settlement, but it's nice to know that the area where I live has been occupied on and off for tens of thousands of years.
Posted by Richard Milton at 16:02