A new study, published in Science, says that humans interbreeding with Neanderthals could have boosted the modern human immune system.


Modern humans, Neanderthals and Denisovans all share a common ancestor in Africa. These populations split up about 400,000 years ago in distinct groups. One went northwest, giving rise to the Neanderthal lineage, another one went northeast, forming the root of the Denisovan lineage, and the third one stayed in Africa. For a while, at least. Several hundreds of thousands of years later, the African population expanded into Eurasia, meeting their evolutionary cousins.

Posted by Richard Milton at 05:01 6 comments: Links to this post 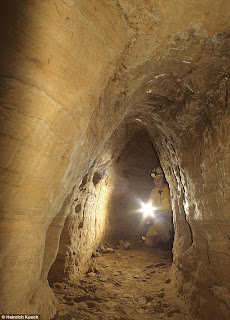 
Posted by Richard Milton at 06:54 8 comments: Links to this post